I once heard someone describe Spain as a polo mint, with everyone visiting the places on the outer ring, but rarely venturing into the middle.

Sometimes the same can be true of Ireland, with coastal counties receiving more than their fair share of visitors during the holiday season. And while it is undoubtedly true that our coastline has some pretty stunning hot spots, now that we are exploring the country again, it’s also worth taking a short detour inland to discover some of the amazing attractions on offer.

With this in mind, my family and I took a trip to Kildare. Already a destination for horse lovers, bargain hunters and Shackleton devotees, there is so much more to this county which, just a stone’s throw from the capital, has loads of beautiful countryside to explore.

Driving en-famille, no matter how short the journey, always calls for food so our first port of call was to the Green Barn restaurant at Burtown House and Gardens in Athy. Nestled amongst rolling pastures, this Georgian Villa is home to James and Joanna Fennell and their family, while James’s mother, Lesley, lives on a smaller house on the estate.

The 18th century residence has been in the family for generations and the 12 acre pleasure gardens are open to visitors – the perfect place to work up an appetite for lunch in the rustic on-site restaurant, which was buzzing with outdoor diners all eager to taste the home-cooked and home grown produce (indoor dining has now resumed, as per government guidelines).

After a delicious lunch (burgers for the younger generation, fish for us oldies), we headed off to our home for the next few days – a 3-bedroom lodge at nearby Kilkea Castle Estate. This is a good spot for a short family break, particularly if, like me, your children are in their late teens.

The tree-lined driveway opened up to reveal the stunning 12th century castle and then on to the golf club and the lodges, which would be our base.

With a full agenda ahead, we grabbed a quick cuppa before the guys headed off to play nine holes of golf and I, feigning disappointment that I couldn’t join them, made my way to the spa where I was only too happy to be one of the first people to enjoy a bit of pampering in the facility since lockdown restrictions were relaxe

With hand-sanitising at every turn and therapists wearing mask, visor and PPE, I relaxed with the “royal treatment” which included both a massage and facial. After convening at the house to spruce ourselves up for dinner, we headed over to the castle, where in the first-floor restaurant, our table came with a beautiful view over the gardens. And afterwards, as the moon rose in the cloudless night sky, we made our way across the castle grounds to enjoy a deep sleep in anticipation of an action-packed day ahead

Waking to another beautiful morning and breakfast in the castle, we were on the road by 9.30am heading to our first activity of the day – archery at Redhills Adventure. While there were restrictions on activities when we visited, it’s fully open now. The possibility for adventure at this old working farm includes paintballing, obstacle courses and axe throwing – but we opted for some competitive shooting, first with bows and then guns.

After a detailed health and safety lesson we got down to the serious business of seeing which one of us had the best aim . And although our newly competitive streaks didn’t end in fisticuffs, Paul Murphy, who owns and runs the venture with his brother Owen, would have been more than capable of keeping us apart as pre-Covid, the centre would regularly be filled with hordes of boisterous children and corporate team building events.

Having finished the competition (my lips are sealed on the winner) we took on a bit of target shooting, using both a selection of rifles and pistols in various tasks – needless to say I am not likely to have a career in the armed forces any time soon.

Reluctantly, we handed over our weapons and headed off for a more low key couple of hours in Sallins – firstly to Lock 13 gastro pub and brewery where we were given an introduction to the art of beer making, followed by a tour of the brewery and then with picnic lunch in hand (yes, more food), we headed across the road to join Ger O’Loughlin of Bargetrip.ie for an hour long trip on the canal.

Joined by several families of ducks and swans, we travelled serenely along the water to the Leinster Aqueduct where we disembarked briefly for a really interesting history lesson from Ger, and to marvel at the River Liffey flowing underneath.

Then it was back on board for the return journey and the last bit of tranquillity before heading off to for the final activity and the adrenalin-laced icing on the cake – a spot of driving at Mondello Park.

While many of us may think of Mondello Park as a magnet for petrol heads, it’s also good for party groups, company days out and even mothers-of-three-who-normally-drive-really-carefully.

At the time of visiting, it was just opening up again after lockdown, so we were the only people on the racetrack, which was just as well as there weren’t too many witnesses to my painfully slow racing.

Starting with a detailed safety briefing, we were provided with sanitised helmets, hairnets, masks and gloves and I opted to be first in the hotseat with Mikey who would attempt to show me how to emulate his drifting skills. All of the cars have been fitted with screens to prevent any possible spread of Covid-19, but this was the least of my worries as I sat into the passenger seat and wondered what I had let myself in for\

As I clung to my seat, I watched as my instructor navigated expertly through obstacles and artfully skidded at speed on a track which had just been sprayed with water for the purpose of our session. After several rounds, he casually announced that we should swap seats and if I’m being honest, the thought of legging it did run through my mind.

But I persevered and, despite being totally rubbish – it took several attempts before I could put my foot on the gas while pulling the handbrake and swerving around a corner – it was really good fun.

I also took a Porsche 911 for a spin around the track and the rest of the family also had a fantastic time drifting and enjoying both “hot laps” and the virtual race tracks before taking a tour around the on-site museum which is a must for anyone with an interest in cars.

For those who don’t have a driver’s licence, you can either race on the virtual track, laugh at your parents “racing” or if you are over 13 and have some knowledge of a manual car, may be allowed, with supervision, to try their hand at drifting.

Totally exhilarated from our jam-packed day, we headed back to Kilkea Castle for some R&R, a delicious dinner at the clubhouse and another sound sleep.

Arlene Harris was a guest of www.intokildare.ie 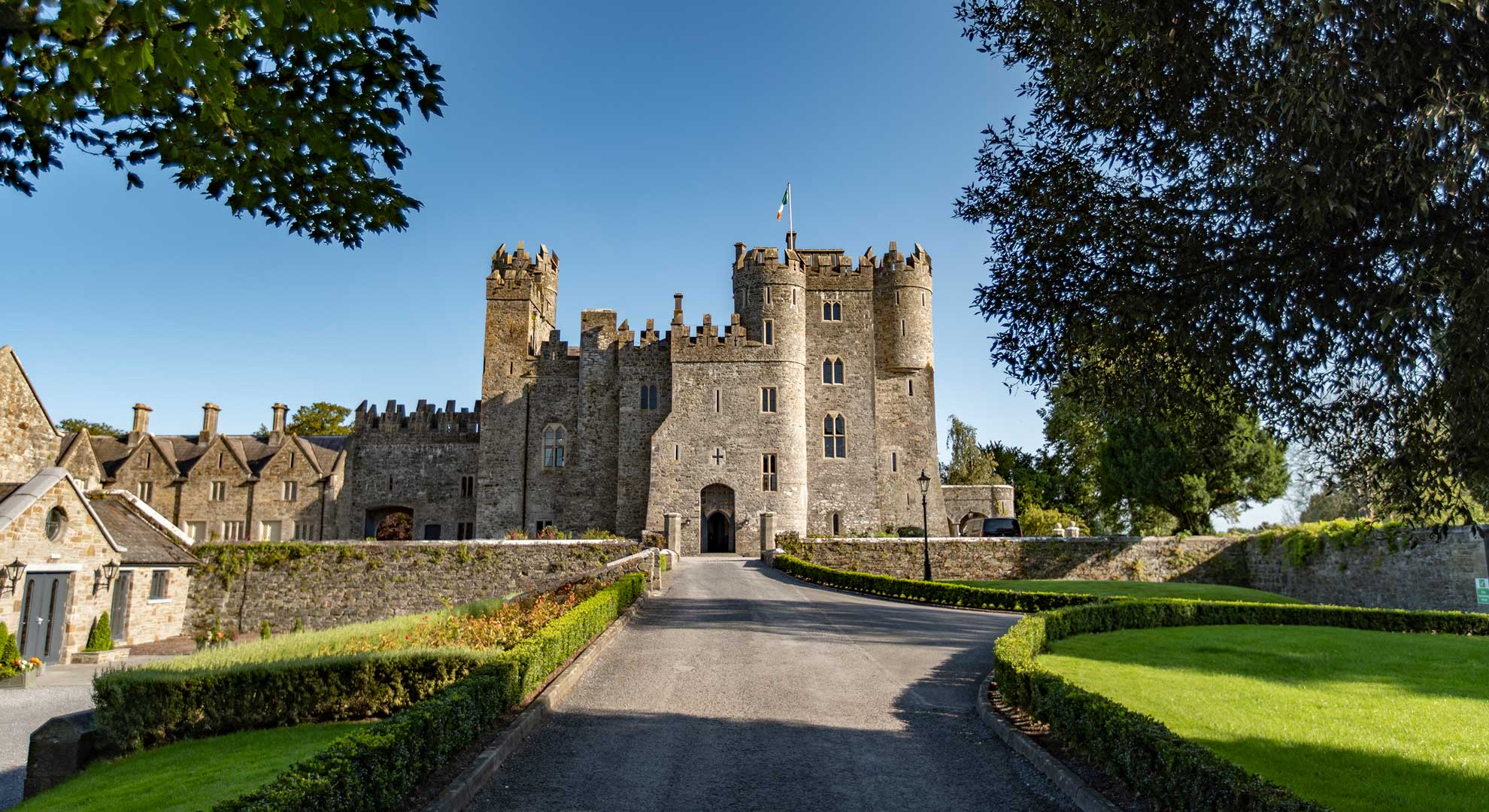 Gift Vouchers
Special Offers
Search Box Modal
Book Your Stay
Check in
19
01
2022
Why Book With Us?