Note from 10Best: Someday, we'll all be ready to pack our suitcases again and head out on our next adventures. In the meantime, we'll keep supporting the places that inspire us. Contact individual businesses for the latest updates.

While there’s a lot to be said for the character and appeal of Ireland’s charming B&Bs, nothing quite compares to staying in a restored castle hotel or traditional country house. Allow these stunning properties to transport you back in time. 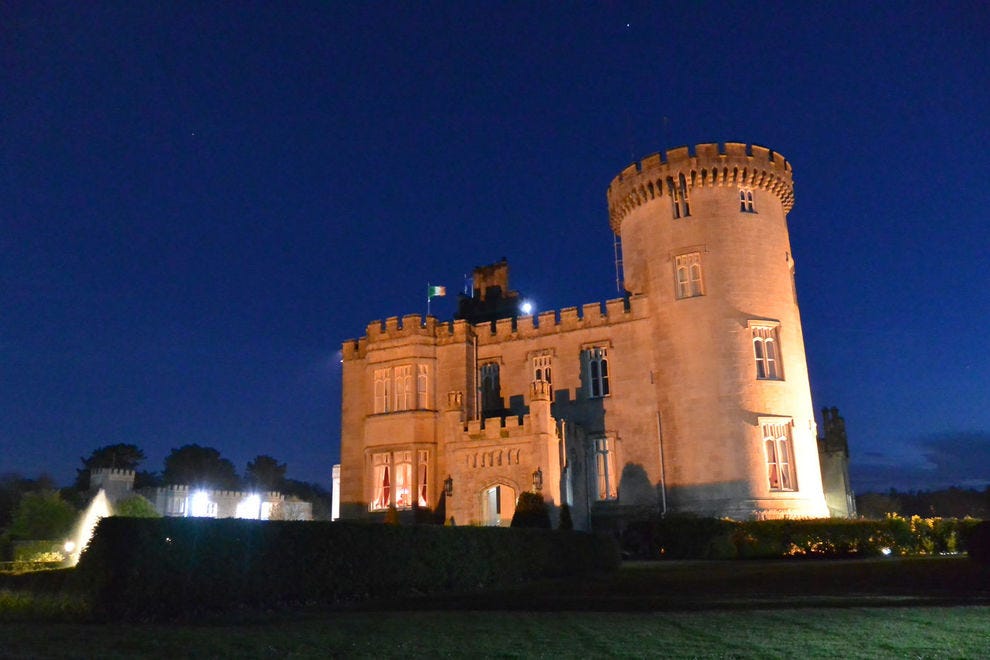 With a storied history that spans centuries, Dromoland Castle – once the family home of the O’Brien clan – continues to evolve into one of the finest castle hotels in Ireland. Having completed a $20 million renovation in early 2019, rooms have all been updated to a contemporary design, including air conditioning.

Acres of rolling hills are home to a golf course, riding trails, shooting ranges and trails for hiking and cycling. Take a horse-drawn carriage tour of the estate or book the falconry experience where you can interact with falcons, Harris's hawks and owls – including the castle’s friendly barn owl, Pickles. 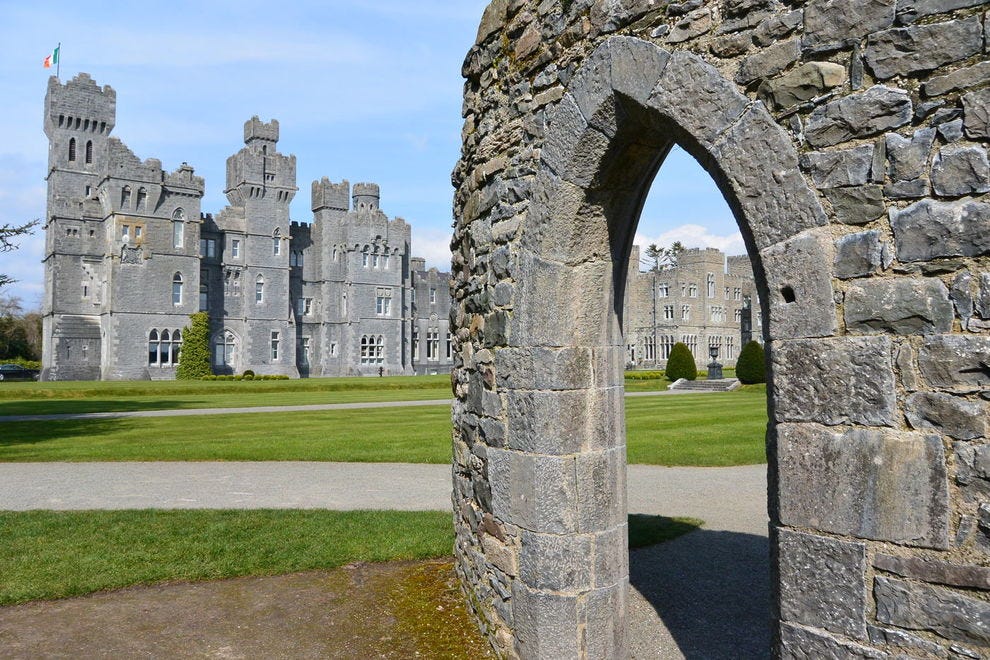 Perhaps more spectacular than any other property in western Ireland (or all of Ireland for that matter), Ashford Castle is an enchanting 83-room castle and estate that sits on the shores of Lough Corrib. Majestically restored (to the tune of $75 million) by Red Carnation Hotel Collection, Ashford was once the stately home of the Guinness family, and it's well known known for being featured in the classic John Wayne/Maureen O'Hara film "The Quiet Man."

When not strolling the meticulously manicured grounds, guests can dine at the Michelin-starred restaurant George V, catch a movie in the 32-set screening room (complete with popcorn and candy), or get a dog-loving fix hanging out with the Irish wolfhounds, Cronan and Garvan, who live at the castle. 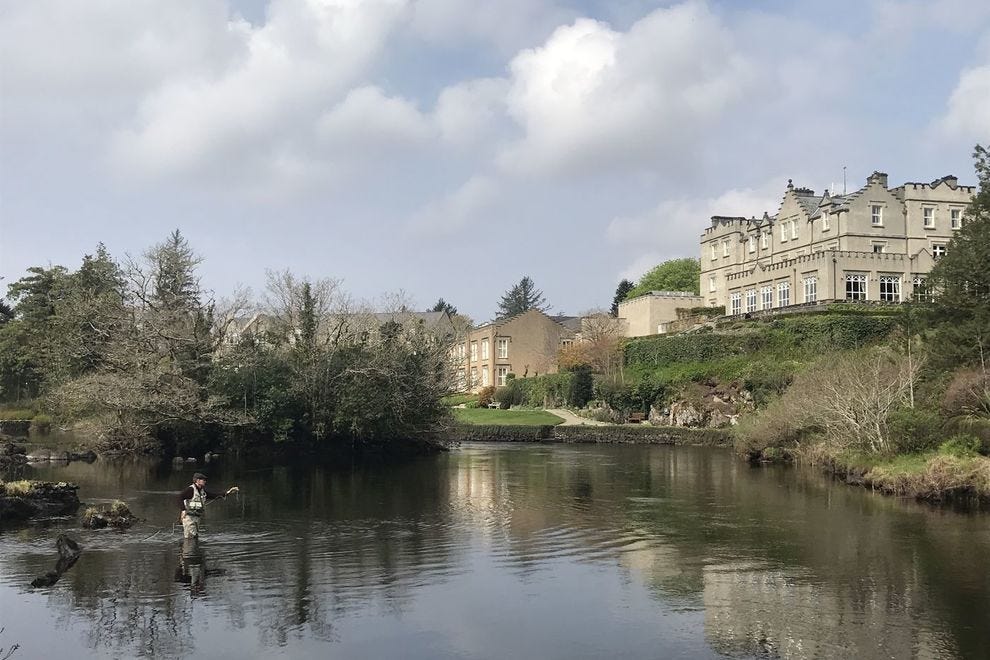 Connemara is known for its rocky barren landscape, but at Ballynahinch Castle, the views of the meandering Owenmore River surrounded by lush woodlands almost seem out of place. The property has a fascinating history. Once a quaint fishing retreat, it’s now a luxurious escape for travelers and locals alike.

A non-strenuous two-hour guided walking tour of the property highlights flora and fauna and includes a short boat ride on a neighboring lake at the base of The Twelve Bens mountains. Given Ballynahinch’s origins, it’s not surprising that the catch-and-release fishing excursions are among the most popular.

You can also plant a beech or oak tree on the property as part of the hotel’s ongoing tree planting program and, with the exact latitude and longitude in hand, can return in the future to see how it’s grown. 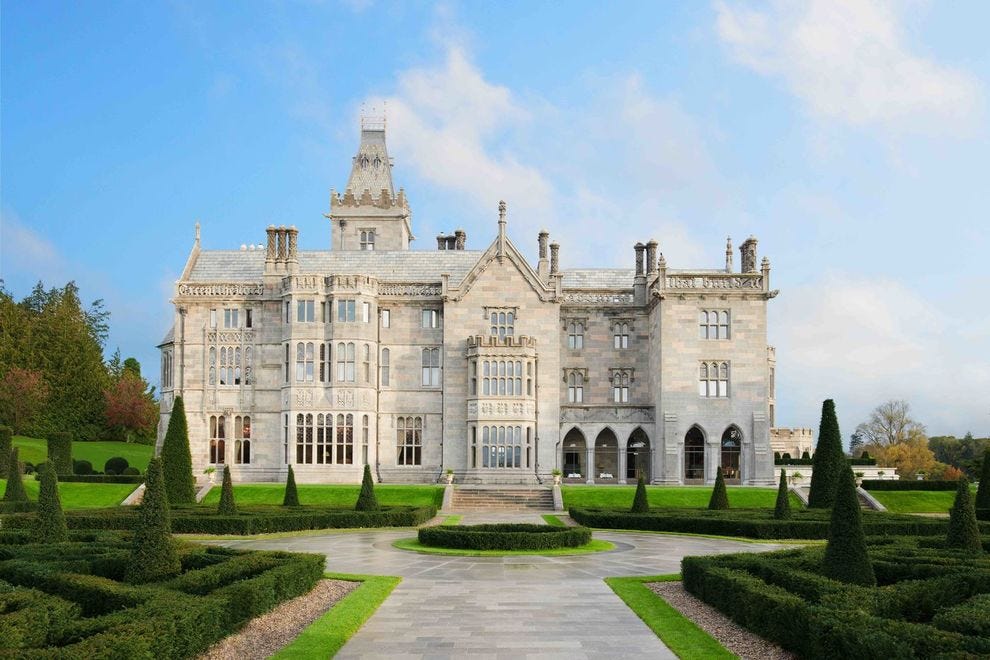 A short drive from Shannon Airport in the southwest of Ireland, Adare Manor feels like a mix of a Gothic European cathedral – complete with gargoyles and heraldry – and a French chateau.

Built in the mid-19th century by the second Earl of Dunraven and his wife, it includes four towers, 52 chimneys and 365 leaded windows, which represent the seasons, days and weeks in a year. Inside, The Gallery was inspired by Versailles’ Hall of Mirrors. It also features a Michelin-starred restaurant, spa and notable golf course that has hosted two Irish Open tournaments. 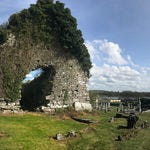 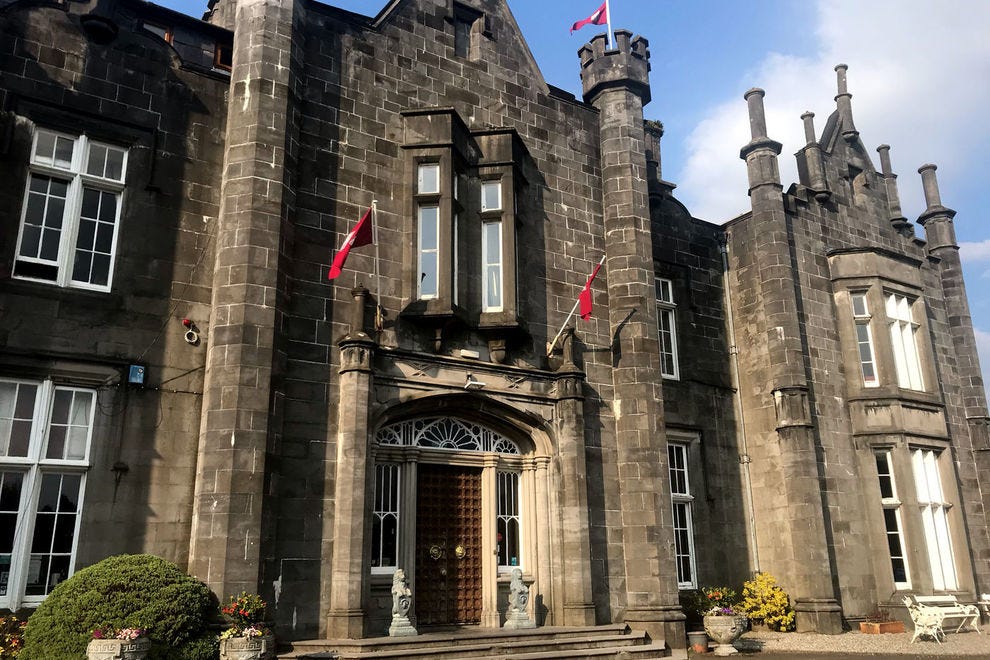 Family-owned Belleek Castle in the northern parts of County Mayo is more rustic than most Irish castle hotels, but that fact gives it an authenticity not found elsewhere. The neo-Gothic structure on the banks of the River Moy opened as a hotel in 1970 by the late Marshall Doran, a swashbuckling, self-confessed smuggler-turned-collector and hotelier.

Marshall’s son, Paul, now owns and oversees the property where guests can dine at the award-winning Library Restaurant, tour the collection of fossils and medieval armor in the dungeon-like basement museum, and toast to days gone by at the Armada Bar, built of salvaged wood from a Spanish Armada shipwreck. 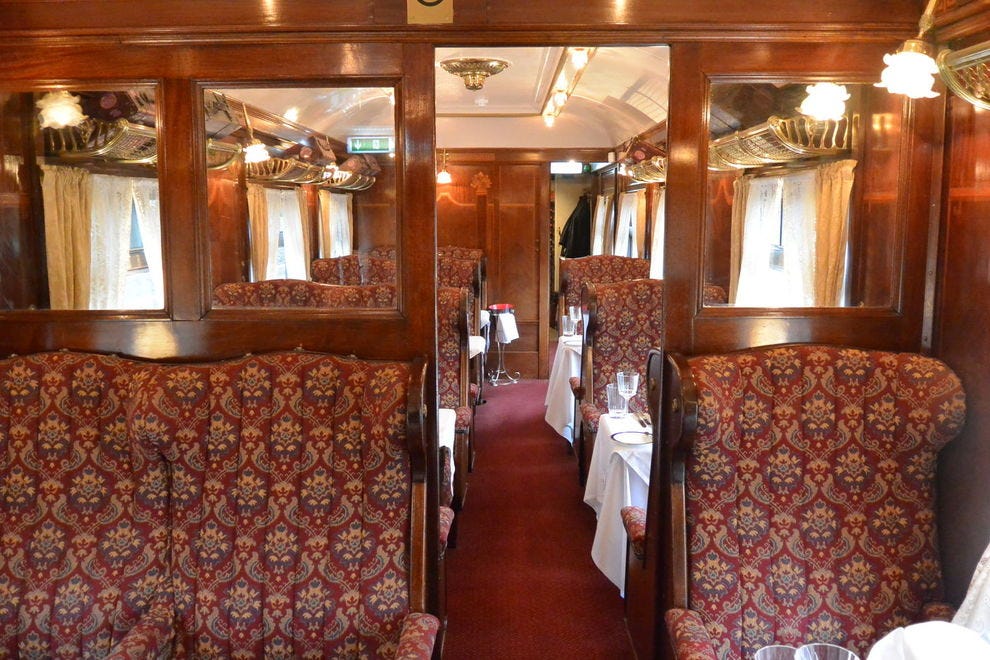 Though not technically a castle, this grand estate just outside of Galway’s city center is as luxurious and indulgent as a castle hotel. Less ornate than other castle properties, it offers both a billiards room and cinema, as well as a noteworthy golf course on property.

Not to be missed is dinner inside The Pullman Restaurant, which consists of two Pullman cars named Leona and Linda. Leona was once part of the original Orient Express train that ran from Paris to Istanbul and was also part of Winston Churchill’s 1965 funeral cortege. Visitors may also recognize it as one of the filming locations for Agatha Christie’s "Murder on the Orient Express." 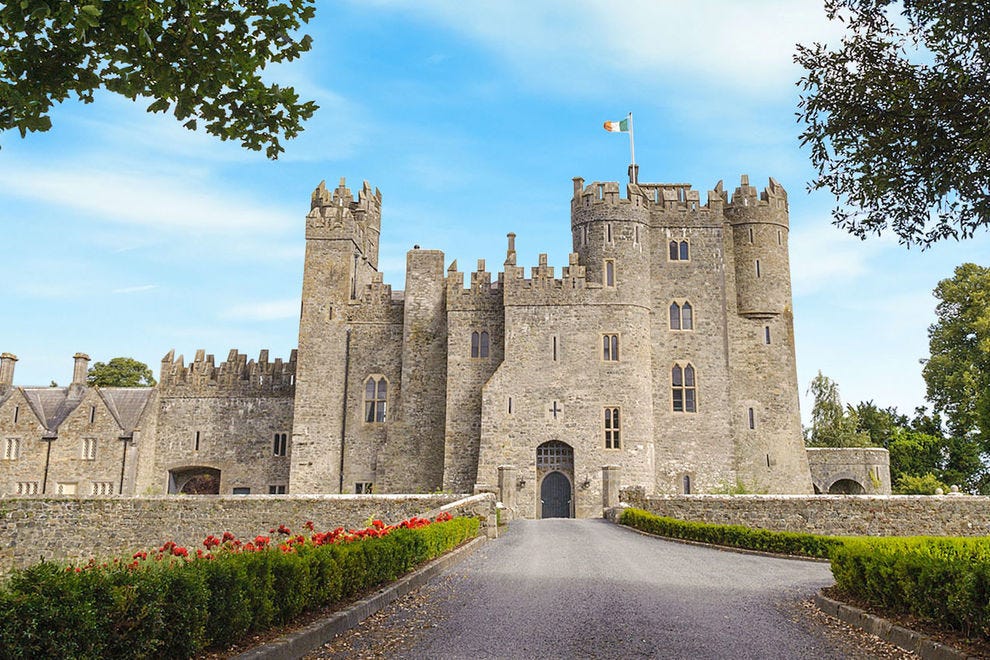 One of the oldest inhabited castles on the island, this property is located about an hour south of Dublin. It dates back to 1180, when it was built by Hugh de Lacy, an Anglo-Norman soldier and landowner.

Now owned by the Cashman family, the resort features 140 rooms with 11 located in the main castle, including the FitzGerald Suite located at the top of the Round Tower. Golfing, tennis, horseback riding, archery and whiskey tastings are just a sampling of activities available to guests. 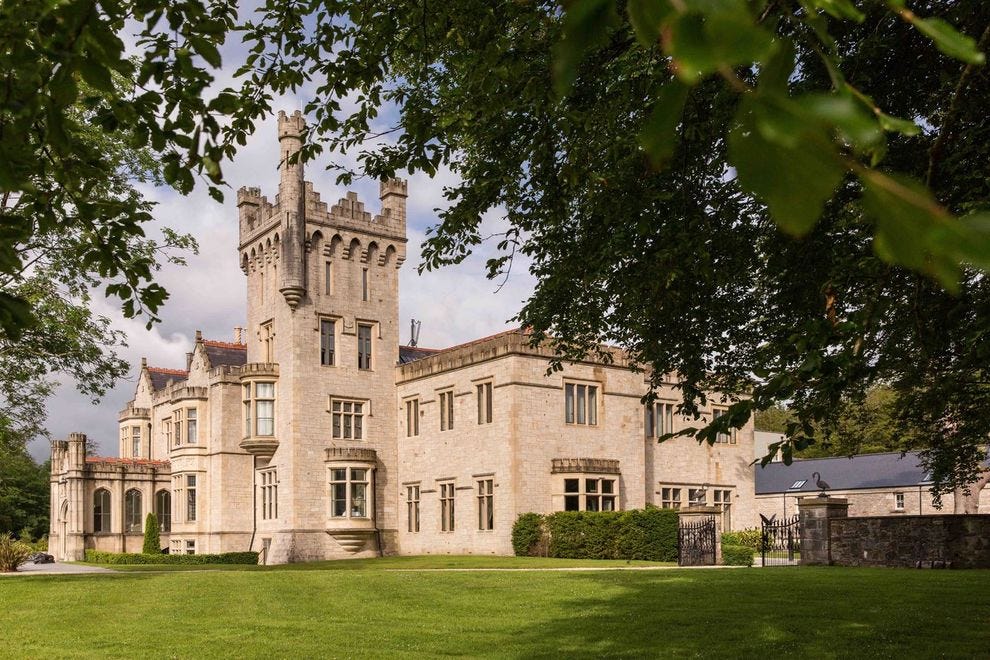 Only 10 minutes from the charming town of Donegal, in a county that boasts some of the most beautiful and untamed coastal vistas along the Wild Atlantic Way, sits Lough Eske Castle Hotel. The only five-star hotel in County Donegal, it is surrounded by natural beauty.

The 97 rooms and suites vary from the courtyard rooms at the site of the original stables, up to the Major General White Suite, a tower suite in the original castle. A glass-walled spa sits atop the footprint of an original Victorian Glass House and features an indoor pool, while the Cedars Restaurant highlights locally-sourced ingredients, from fresh seafood to traditional Irish beef. 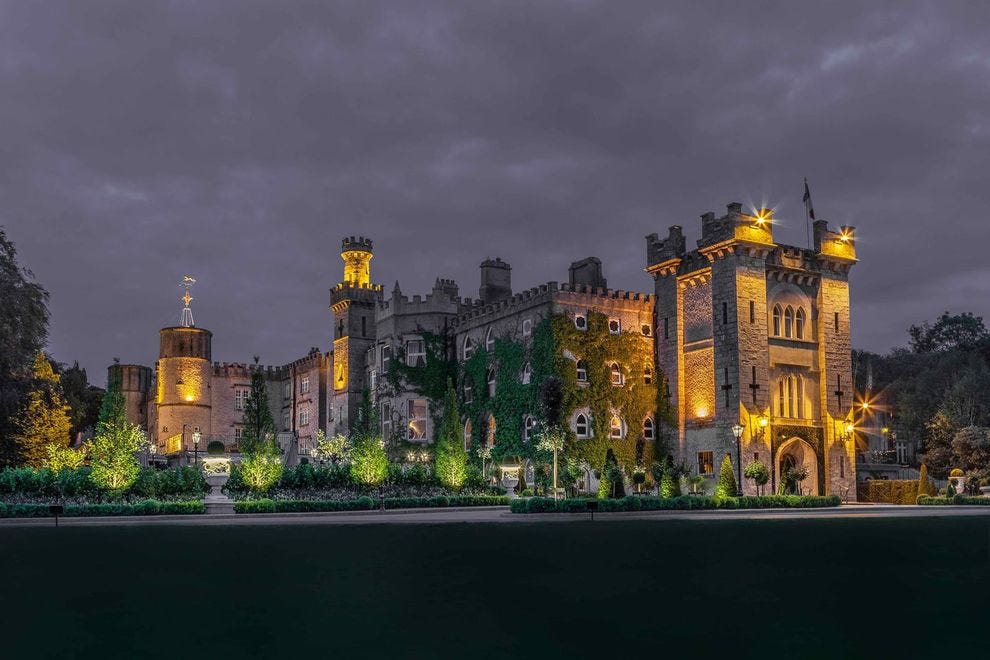 Set amidst 100 acres of parkland and manicured gardens, with the magnificent backdrop of Dún a Rí Forest Park, this castle hotel in Ireland is located about halfway between Dublin and Belfast. (Although it's in the Republic, it's only a short drive over the border to Northern Ireland.)

The property oozes old-world charm and, in addition to rooms in both the courtyard and castle, it features a scenic nine-hole golf course on castle grounds.